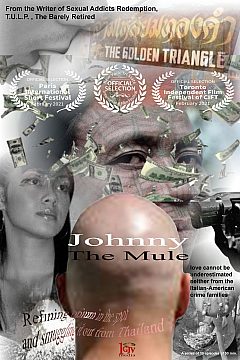 Based from 1930’s, 1970’s/80’s. Karma: it’s your destiny, created by how you born, your environment, your upbringing. Johnny born in a small town of Sicily from a local “mafiuso”. Then living as a sort of beast in the worst jungle of life, learns to survive. Controversial matters make "mafia" becoming his distinctive, and perhaps helps him to be on top. "The Mule", how he's nick named, for his powerwul capability to be a smuggler. Italian-American mafia bosses use his agility for an operation in Thailand in the Golden Triangle between Burma-Thailand-Laos where there is the biggest cultivation of Opium, and where pure heroin is made on the spot. But in there Johnny meets an angel of woman, a symbol of purity and beauty like a Lotus Flower growing from the mud, who makes him discover a new world never known before, called: Love. A clash between the twos about the bad and good is inevitable when she discovers who really is Johnny The Mule, who he is pursuing a tremendous operation of drug smuggling in the jungle of the Golden Triangle, under the nose of the King Pin.
Clashes starts between Johnny and the woman, and not only, an avalange of events come along that set a path for redemption which, then, is marked. Real life is not making money on the shoulders of ignorance and misery, and eventually die for it, the true love for purity and beauty is the true answer, and Johnny goes through a sort of ordeal to discover it, and finally to change the path of his life, but ultimately….......... he does that by his own way.