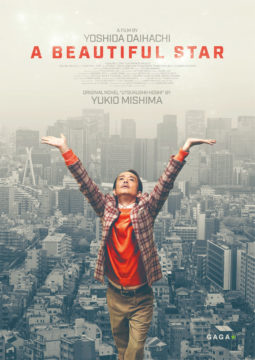 MISHIMA’s unique sci-fi drama turns into an unconventional film in modern times directed by YOSHIDA Dihachi. It portrays a family on Earth who come to believe that they are actually from other planets all of a sudden. They try so hard to save the endangered planet Earth but things get crazy on the way… A comical but bittersweet story of an extraterrestrial family.