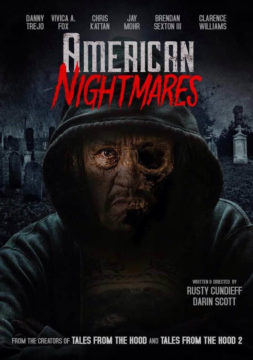 An eccentric host (Danny Trejo) hijacks two millennials’ computers and forces them to watch videos that reveal the consequences of various immoral crimes. Like “Tales from the Crypt” and “American Horror Story”, “American Nightmare Stories” is an over-the-top horror-comedy that teaches valuable moral lessons to its audience, reflecting important societal conflicts like discrimination and the treatment of others.