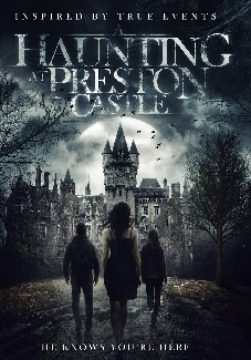 When LIZ (Mackenzie Firgens) returns home on a college break with a broken heart. Her best friend ASHLEY (Heather Tocquigny) coaxes her out for a rendezvous with ex-boyfriend DANNY (Jake White.) AT PRESTON CASTLE, an abandoned boys correctional institute with a gruesome past.

What begins with three teens seeking vicarious excitement turns into a grisly nightmare, as Liz, Danny, and Ashley are forced to sort out their past and escape an evil presence still lurking in the castle. As they probe the decaying depths and dark shadows of PR.ESTON CASTLE, they find themselves in deeper and deeper trouble with no way out from the maze of rooms and locked doors. Trapped inside, they’re caught in a horrifying life and death struggle with the unstoppable evil. Can they survive the night? This taut supernatural thriller will keep you on the edge of your seat.