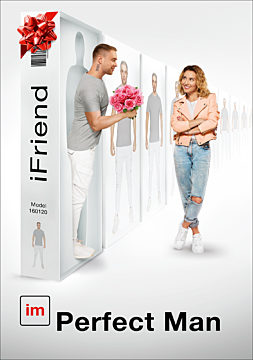 Svetlana has bad luck with men — she keeps on conforming to guys, humiliating herself and suffering betrayal. After breaking up with another unappreciative boyfriend, she starts to work at a company that sells robots. These life-like robots are difficult to distinguish from ordinary people. Unlike their creators, these robots are highly attuned to people’s behavior, their needs, habits and weaknesses. When the company detects a software malfunction in one of the robots and wants to return it to the manufacturer, Svetlana buys the faulty machine... she’s fallen in love with one of the robots, assuming that a technical defect is a manifestation of his personality. Moreover, Svetlana wants to twist her fortune with a sensitive, attentive and caring robot that leads to the most unexpected consequences...