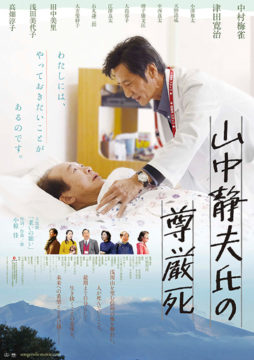 The Dignified Death of Shizuo Yamanaka

Here is a man who was sentenced to one month of life expectancy with terminal cancer and whose name is Shizuo YAMANAKA, 62 years old. Shizuo returns hometown and begins digging his own grave in order to face his end. He admits himself to the hospital, thinking only about dying peacefully without pain.

And Imamura, a doctor who watches over Shizuo's last stage, also has problems. He suffers from depression because he has seen too many deaths of incurable patients. And he continues to think about possibility of the dignified death of human beings.