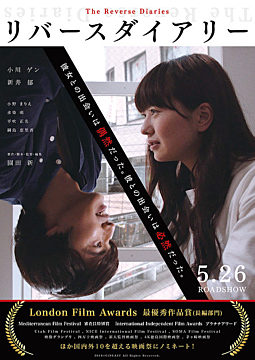 Rihito, a ghostwriter of a famous novelist, meets a woman, Saki and falls in love with her. They start dating and Rihito makes the marriage proposal to Saki, but she makes a suicide attempt. Rihito knows her secret as he read her diary. She lost her fiancée by a plane crush. Her fiancée took the flight Rihito supposed to get on board but he cancelled. Saki approaches him to check if Rihito worth living more than her fiancée.

On the other hand, Aya, a sister of Saki, is aimed by a stalker; however, Aya uses the stalker to realize her dream. Aya has been always living with jealousy against her sister. Aya introduced to Saki’s fiancée to Saki, but Aya loves him first. Aya’s jealous drives her evil result.

By staying with him, she had been going through the incident she had had with her fiancée one year ago. Her sister, Aya Honda, was plotting a secret plan. From one accident, several lives intertwine. Shiraishi learned her secret, and Saki became attracted to him. Keeping a distance from each other, they began to drop their pretense and started taking a serious look at their own selves.