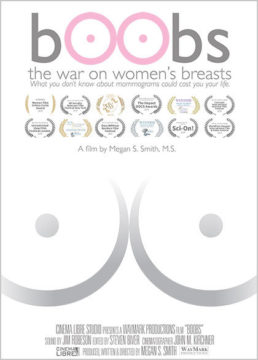 Boobs: The War on Women's Breasts

"bOObs: The War on Women's Breasts" investigates the controversy swirling around the breast cancer screening tool mammography, which is used today as medicine's Standard of Care. This documentary film then looks at two less invasive tests, which — when used side by side — could act as a new screening protocol: thermography and ultrasound.

In "bOObs" we learn from medical doctors the myths surrounding mammography — such as mammograms are "early detection" and "low radiation" — that are widely disseminated by cancer associations, women's health advocacy groups, and governmental agencies worldwide.