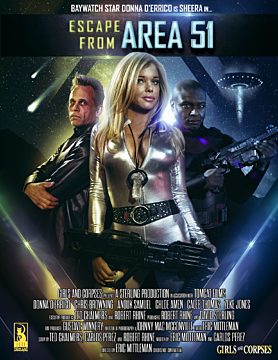 When conspiracy theorists raid the famous military base Area 51, no one gets in but someone gets out. Sheera, a sexy alien warrior uses a power glitch to escape from captivity at Area 51. Her escape, using a portal gun, sets off an energy signature which attracts the attention of her arch rival Sklarr. Now she must elude Jill, an Area 51 scientist and Sklarr to rescue Kyra, her fellow warrior, and find her way home.