Pagina Inicial / Filmes / I Am Soldier 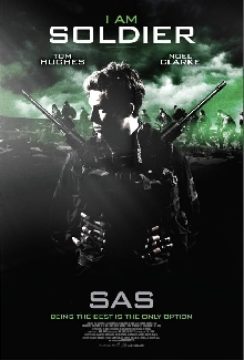 I AM SOLDIER is an action thriller which follows MICKEY TOMLINSON as he undertakes the toughest and most dangerous military training course known to man: SAS selection.

The Special Air Service (SAS) is the United Kingdom’s most renowned special forces Regiment. They’re tasked with covert and overt missions in some of the most dangerous places on the planet.

Mickey joined the army as a teenager with the one sole objective: joining the SAS. However, a parachuting accident not only took Mickey down a different military career path to what he intended, it also left him with an inner conflict which has haunted him ever since. The only way he can deal with this is if he faces his fear by fulfilling his lifelong ambition by attempting SAS selection: ‘It is better to have tried and failed than to have failed to try.’

We are with Mickey as he goes through every grueling stage of this selection which not only smashes him physically, but also takes him beyond breaking point, both mentally and emotionally. From torturous tabs over the steepest mountains, to running for his life on Escape & Evasion, Mickey still has to endure the most horrific interrogation imaginable. And if this isn’t enough, the test parachute jump has to be passed without question. So Mickey will need to survive all of this and eclipse his crisis of confidence.

Less than 10 percent of soldiers pass and it doesn’t end there. There is only one way you can prove yourself and that is in combat. When the Counter Terrorism Squadron in the SAS are given authority to take charge of a deadly situation, we will see Mickey advance into conflict and see if he really does have what it takes to be a special forces operative.

Many try to get into the SAS.
Only the elite make it…