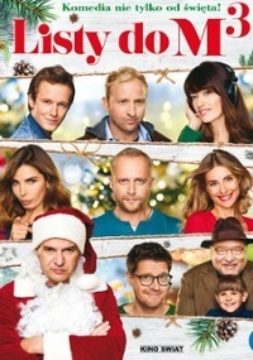 Characters of blockbusters "Letters to Santa" and "Letters to Santa 2" are coming back!Star cast, high-budget film production, humor, emotions, fantastic music and great actors. "Letters to Santa 3" follows a story of a few individuals, who will experience magical moments on one exceptional day. They will all face the power of love, family and forgiveness. They will also come to believe that this Christmas time is full of surprises…

The third part of this romantic comedy series, "Letters to Santa 3", had over 736 000,000 admissions on the first weekend, making it the best opening weekend for 2017 and the second best opening for Poland in 30 years.