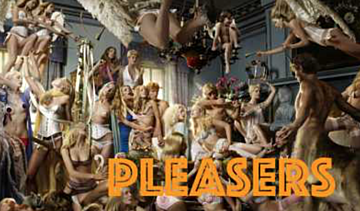 Los Angeles, early 2000s. Porn’s uncanny valley is becoming much less uncanny, strangled by the decline and the internet-ification of the industry.

While performers and filmmakers alike toil to adapt their craft to the changing media, many former stars, unable to keep up, enter the twilight of their careers.

In this crumbling empire only a few names still thrive, such as Nephilim Productions, the last bastion of an industry that is no more.

With grim future prospects and desperate times calling for desperate measures, struggling single mother and semiretired actress Selene finds herself entangled in a work opportunity that seems too good to be true… and will soon become deadly.