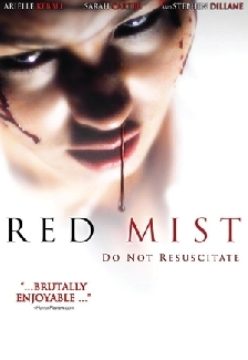 The medical students at Forthaven General Hospital study hard and party harder, until a cruel prank accidently puts the facility's creepy janitor into a deep coma. But when one responsible student (Arielle Kebbel of The Uninvited & The Grudge 2) tries to revive the degenerate loner with an experimental injection, she instead sends his brainwaves berserk.

Will a sudden spree of side kicks now claim the guilty one-by-one, or has the ultimate out-of-body experience ushered in a bloodbath of brutal revenge?