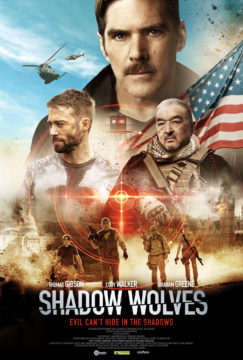 Colonel Branson (Gibson), head of a secret and covert division of the NSA, keeps the Shadow Wolves operating albeit now independent and rogue. When ISIS terrorists begin to sneak across the U.S. border into Arizona, Branson alerts the Shadow Wolves team and sends them his best agent, Eric Shaw (Walker), to stop the terrorists.