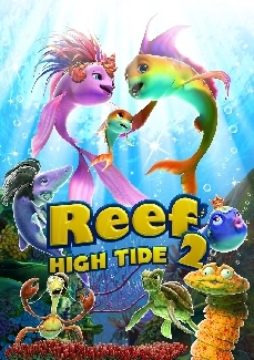 THE REEF 2: High Tide in 3D is the sequel to the highly successful animated feature “The Reef (a.k.a. Shark Bait)” released by Warner Bros. in the UK (Feb 2007) and The Weinstein Co. for North America and many other territories. More adventures from Pi and Cordelia as they protect the reef from a shark invasion!