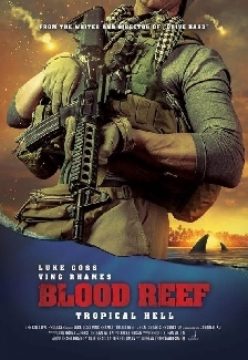 A former commando, Marcus (Luke Goss), is kidnapped by a corrupt spy ring. They want to surgically transform him into a Frankenstein super soldier. Before the Frankenstein experiment can complete, he fights his way free. The chase is on and Marcus ends up in hiding on an island surrounded by vicious sharks. A beautiful academic studying the sharks helps him fight.