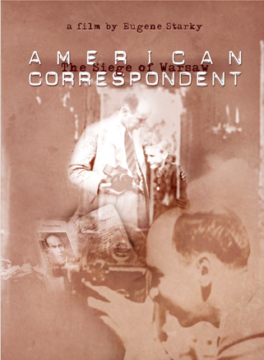 This documentary shows how the courage and dedication of one man, the American documentary filmmaker Julien Bryan, influenced the course of history. It is thanks to the dedication of the defenders of Warsaw, filmed and portrayed by Bryan, that the world learned about Hitler’s new form of war, the war against the civilian populations.