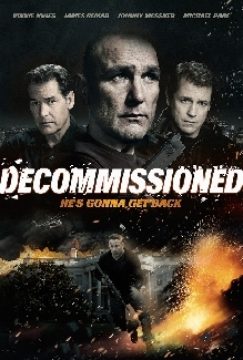 A retired agent's life is turned upside down when he discovers he's the patsy for an impending CIA planned presidential assassination.

The story opens with John Niles enjoying a typical family day that is cut short when he is called to the office. On arriving home John is snatched and tortured by a group of unknown men who claim John is an ex-agent and a plant in an operation they are planning. John convinces the men his knows nothing and he is offered a choice to be a part of their operation or his family will suffer. John kills his captors, breaks free and rushes home to find his family have been taken. John must now cooperate or his family will be murdered. John contacts his old handler who convinced him to come out of retirement to help identify a group of domestic terrorists, who are now identified as rogue CIA agents.

John turns the tables on his pursuers when he learns their operation is a planned assassination of the US president and is a cue orchestrated by the CIA to overthrow the president after he ordered the agency decommissioned. He must use his advanced skills and to outwit the men involved and prevent the assassination before the clock runs out for his family.