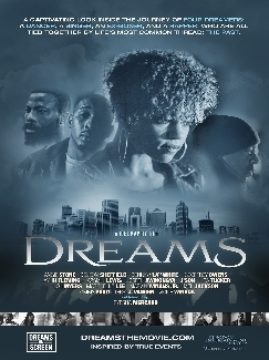 Mia dreams of singing, Quentin dreams of dancing, Paalo wants to mend the relationship with his daughter and Alonzo hopes to reconnect with his family, but the realities of abuse, failure and their broken pasts, as well as a notorious criminal, make the path to their dreams an uphill battle. Set in urban Chicago, these four stories are woven together to create an inspiring tale of the hard work it takes to achieve one's dreams.