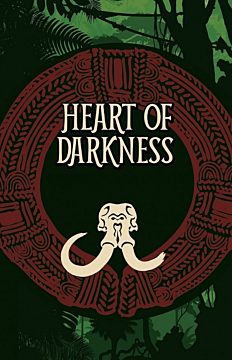 Logline: World's first sand animated feature, based on the celebrated novel by Joseph Conrad. The novel Orson Welles had planned to shoot before CITIZEN KANE, and Francis Ford Coppola adapted into APOCALYPSE NOW.

Synopsis: Marlow, an introspective sailor, travels to Brussels to receive a letter of introduction from an influential aunt and meets the fiancée of the enigmatic Kurtz. Taking a job as a riverboat captain for a company trading in ivory in the Congo, Marlow arrives at the Outer Station experiencing its brutality at first hand. After a gruelling inland trek he arrives at the Central Station and finds that his steamship has been sunk. Following repairs he sets out on the voyage with the manager upriver to rescue Kurtz, who is rumoured to be ill. Their ship is attacked by a band of natives, killing Marlow’s friend the African engineer. Arriving at Kurtz’s Inner Station a crazed Harlequin figure describes how Kurtz has established himself as a god. They stretcher Kurtz on board and, after Marlow finds him crawling toward the native’s camp, he convinces him to return to the ship and they set off downriver. Kurtz entrusts Marlow with personal documents before he dies. On his return to Europe Marlow visits Kurtz’s fiancée who lavishes praise on him. Marlow withholds the truth from her and, racked with fever, walks the streets of Brussels forever changed by his journey to Africa.