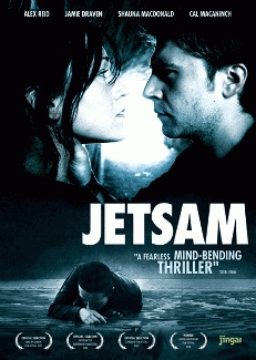 When the ice cold North Sea spits out a young woman onto a desolate beach we are immediately thrown into the atmospheric world of JETSAM. This contemporary thriller follows the story of the washed up woman as she tries to find out the how and why of her immediate life. Along with a lost memory, to further complicate her situation a man who she discovers washed up on the same beach attacks her. Fighting to stay alive she goes on the run from the stranger and desperately tries to piece her memory back together. Criss-crossing through the savage coastline she finds her answers in an unrelenting world where spies, betrayal and obsession are the daily currency and identity is as shifting as the tides.