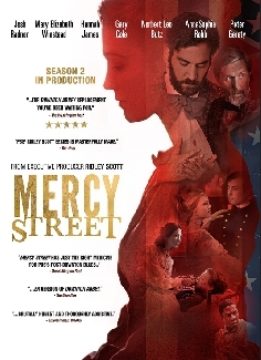 Set near the end of the Civil War, Mercy Street follows the lives of two volunteer nurses on opposing sides-- Mary Phinney and Emma Green. In the longest occupied city of the war, the Green family's luxury hotel has been transformed into 'Mansion House', an army hospital tending to the war's wounded. Inspired by memoirs and letters from real doctors and volunteer nurses, this riveting drama series explores the expanding boundaries of medicine and those valiantly struggling to save lives while managing their own personal hardships.