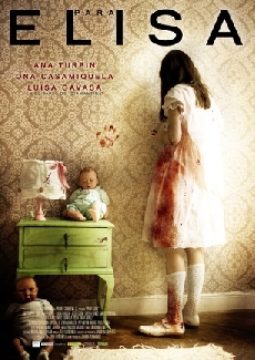 Recalling such vintage Spanish shockers as THE HOUSE THAT SCREAMED and THE BELL OF HELL, this terrifying story finds its basis in an innocent children's game. Something that looks naive and harmless turns into the worst nightmare, into the struggle to escape a tragic and expected end, into an explicit and inevitable horror. Desperate to earn some money student Ana answers a job advert asking for occasional nanny duties. Arriving at apartment 3B in the town square for the job interview, things couldn’t have gone better either… tea, biscuits, nursery rhymes and a healthy hourly rate. But before long Ana realises she has entered a terrifying dark world of obsession and misery. Kept prisoner in a creepy residence full of antique toys, she must try and overcome the deranged diva Diamantina and her strange daughter Elisa to prevent herself from becoming just another possession in the house of 1000 dolls.