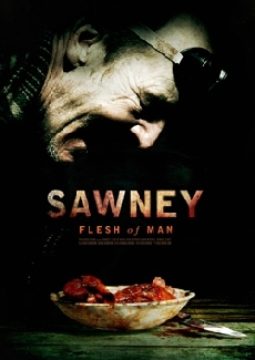 Religious psychopath Sawney stalks Scotland abducting unholy souls for his communion of sacrifices. With his insane family of inbred killers they rape, torture and eat their victims saving the best morsels for a shadowy chained-up figure in their cavernous Highlands lair. As the Missing Persons list rises, investigative crime journalist Hamish MacDonald writes sensational and damming headlines against the police, due to their incompetence in handling the case.

Frustrated police inspector Bill Munro is under great pressure to catch the serial killers so he feeds Hamish with privileged information rather than fight against him, just to get results for his superiors. After his fiancée Wendy is kidnapped by the cannibal clan, Hamish decides to investigate the heinous crimes on his own with disastrous results. For there’s something he doesn’t know about the case that’s crucial to solving it. And he too must face the beast in the cellar seeking retribution.