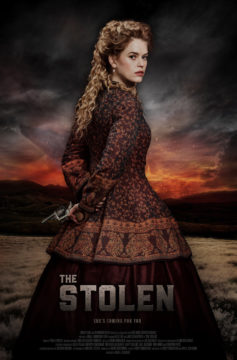 Charlotte Lockton (Eve) has moved from her native England with her husband and new baby to start a farm in the rural New Zealand. Her dream of a happy life is shattered when rovers kill her husband and steal her child. Months pass and the local authorities are unable to find her missing boy, so Charlotte decides to trek out on her own. She starts her search in Goldtown, a rough mining community filled with thieves, ex-cons and ladies of the night. With the help of a Maori huntsman, Charlotte discovers her son is being held captive by the town’s powerful kingpin. Now she must find a way to get herself and her son away from the increasingly violent townspeople and through the ever-dangerous wilderness of New Zealand.