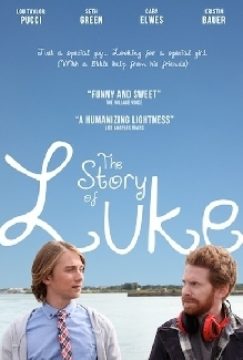 The Story of Luke

Luke (Lou Taylor Pucci) is 25 and lives a sheltered life with his grandparents. But his world is suddenly turned upside down when his grandmother dies and he is forced to live with his dsyfunctional relatives (Cary Elwes and Kristin Bauer Van Straten )who have no patience for his autism or his senile grandfather, who they quickly force into a nursing home. Luke is left with his grandfather’s final semi-coherent words: “Get a job. Find a girl. Live your own life. Be a man!” For the first time in his life, Luke has a mission. He is about to embark on a quest. His first boss (Seth Green) becomes his mentor at work and dating.