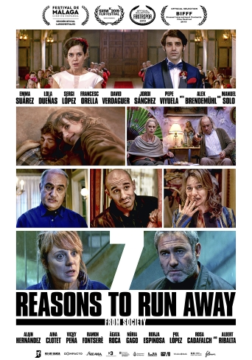 7 Reasons to Run Away (From Society)

The family, the poor kid who appears on TV, the sixth floor neighbours, the tenant and the real estate agent, the business couple, the guy progress has run-over and the couple about to get married. Seven stories that mix horror and comedy. Seven moments of black comedy as strange as unexpected. Seven surreal visions of a society that can't progress, a dysfunctional society.