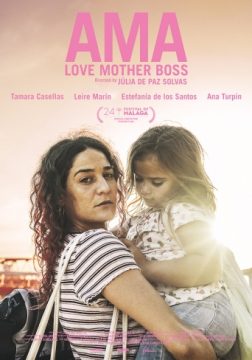 'Ama’ tells the story of so many women who are facing the trials and tribulations of motherhood alone. After several warnings, Ade kicks her friend Pepa out of the house and she ends up living on the streets with Leila, her six-year-old daughter. With no one to ask for help, Pepa and Leila will have to struggle on their own to find a place to live.

Each hurdle they have to overcome will take them on a journey, that will also lead to mother and daughter becoming closer, when previously their relationship was distant and practically nonexistent. A new bond is formed between the two, where there is room for error and where unrealistic expectations are finally dissolved.