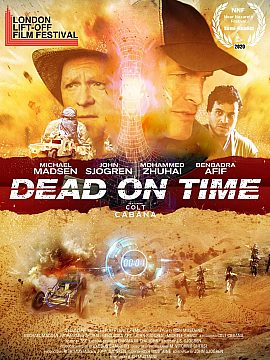 Escaping from Morocco during the Arab Spring but stranded in Spain, a scientist tries to find safety with his time machine invention. He is aided by an American Action Hero stranded in the 80´s. As clandestine forces close in, our heroes must avoid capture by the U.S. Army, the local militia and an unknown enemy – while trying not to kill each other in the process.