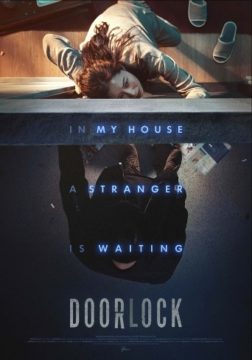 Kyung-min, an ordinary office worker, lives alone in a studio. One evening, coming back home, she finds the cover of her door lock left open and changes the code. But that night, before she goes to bed, she hears a terrifying sound: “Beep, beep, beep... You have entered the wrong code.”

Horrified, Kyung-min reports the incident to the police, but they don’t pay her much attention. Some time after, when she finds evidence that someone has been in her studio and a murder takes place, Kyung-min decides she’s going to solve the case herself…

Its keypad smeared with an unfamiliar fingerprint

A cigarette stub at the doorstep