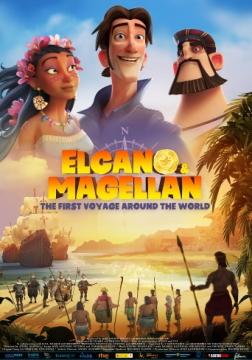 Anchors away! Hoist the sails!

It’s time to embark on one of the most thrilling adventures of all time; the first ever circumnavigation of the globe in human history! A trip that ended in the same place it began, but after which nothing would ever be the same again. This is the story of the brave seafarers who grabbed the helm of history and changed its course forever. A journey which, as many people know, was started by Magellan, but that not so many know was concluded by Juan Sebastian Elcano, the real protagonist of our story.

What motivated these sailors to undertake such a potentially perilous voyage? Their desire to reach the Maluku Islands, an Indonesian archipelago and faraway paradise filled with spices and aromatic plants. But how would they get there if the only known route was the sole privilege of the Kingdom of Portugal? Well, the answer is simple; by sailing in the other direction! What was laying in wait for these courageous men however, was much more challenging: storms, hunger, hostile tribes and all kinds of incredible trials and tribulations would hinder the progress of our intrepid voyagers.

Five ships set sail from Seville in 1519. Three years later, only one of them managed to return, bringing their adventure full circle and finally proving that the Earth was round.