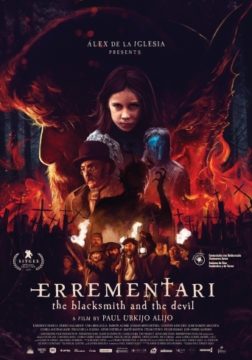 A sombre and solitary blacksmith is being harassed by a devil, who is demanding his soul as payment for a deal they made years ago during the war. But the devil has not delivered on his part of the deal and the blacksmith refuses to hand over his soul, blaming the devil for his miserable life and locking him up in a cage to torture him.

These two characters, paralyzed by hate and guilt, will find themselves transformed by a little girl who appears in their lives by chance. She will show them that there is a way to escape their condition if they really want to and if they are willing to let themselves be helped.

By finding a common empathy between them, the three will be able to confront an outside danger of great magnitude and just maybe manage to escape the gates of Hell.