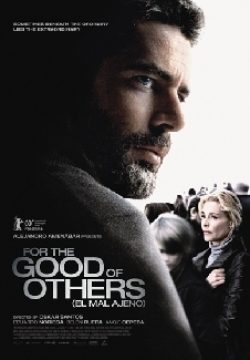 For the Good of Others

Diego is a doctor so used to dealing with critical situations that he has become immune to the suffering of others. He has distanced himself from his work, his wife and his duties as a father. During a highly-charged confrontation with the lover of a patient, Diego is threatened with a gun. Hours later, he remembers nothing but the sound of a firearm going off, and the strange sensation of having been hit by more than a bullet. Diego will have to take an irrevocable decision affecting his own life and that of those he loves.