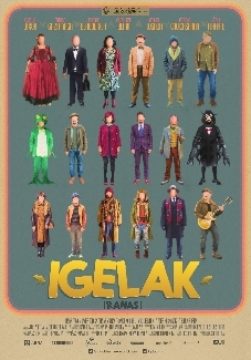 Pello, a local bank manager, is arrested on charges of embezzlement. After being double-crossed by his boss, who was the mastermind behind the plan, Pello escapes from the court house and goes on the run.

With no papers, no money and no family or friends he can trust, he gets himself a new identity and goes undercover. As chance would have it, he ends up hiding in a building occupied by a group of people who have been evicted from their homes and are fighting his bank.

Slowly Pello gains their trust, all the while with sinister motives. But when the time comes to stab his new colleagues in the back, Pello realizes that something inside him has changed.