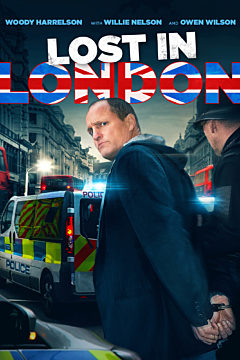 Loosely based on Woody Harrelson's tabloid-worthy and crazy London night-out resulting in him getting in trouble with the law. Directed and starring Woody Harrelson alongside cameos from Owen Wilson, Willie Nelson and Daniel Radcliffe, 'Lost in London' is a crazy trip in the streets of London that will make you gasp and laugh in equal measures.