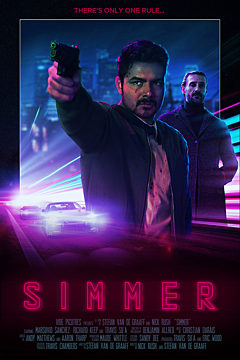 A young up-and-coming star chef in the luxury restaurant scene, has a decision to make: let his family run the risk of being torn apart from mass deportations, or do whatever it takes to raise the $20,000 that will grant them citizenship.

When Chef approaches his new boss, a mysterious restaurateur named Willem Faust, to pick up more shifts; Faust offers Chef an opportunity to work for him as an after-hours delivery driver. If Chef picks up a car on one side of town and drops it off at a specified location, Faust will pay him thousands of dollars but there is only one rule... never ever open the trunk.

Chef accepts the job and begins making the rounds as a black-market delivery driver for Faust. Before long, the job takes a turn and Chef is forced to do everything he can to get out of the game before it’s too late.