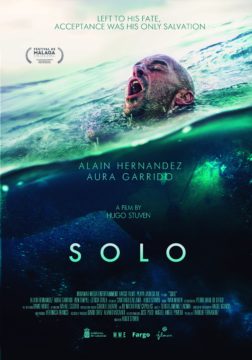 In search of the perfect wave in one of the remotest areas on the Canary Island of Fuerteventura, young surfer Alvaro Vizcaino accidentally falls from the top of a cliff. Seriously injured, Alvaro must now start the fight of his life if he is to survive.

Washed up on the shore of an inaccessible cove, Alvaro spends two whole days clinging to his life in the face of extreme adversity. Battling against the heat of the day, the cold of the night, unbearable pain and severe thirst, Alvaro starts to experience vivid hallucinations. The visions he sees of his friends, family and ex-girlfriend, give him the strength he needs to keep on fighting.

On the brink of death, Alvaro finally receives a ray of hope: what looks like a boat on the horizon. Summoning up the last of his strength, Alvaro throws himself back into the water and starts swimming towards it...