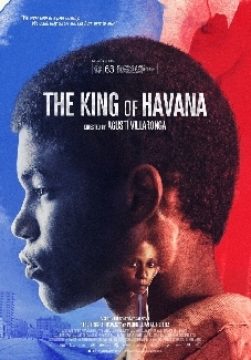 The King of Havana

The King Of Havana tells the story of Reinaldo, a teenager recently escaped from a correctional facility. His lack of scruples and sneaky ways are his only defense on the mean streets of 1990s Havana during Cuba’s “Special Period”. As he romps his way around downtown Havana, longing, disillusionment, rum, and a good sense of humour are his only company. Until one day, he meets Magda. The two find they have a lot in common and a tragic story of impossible love ensues. Their relationship, marked by tenderness and boundless passion, will push their emotions to the limit, as they search to find a place where they can settle down and start a “normal” family. Meanwhile, the insatiable tropical storm that is everyday life in 1990s Cuba, threatens to wear them down and damage them irreversibly.