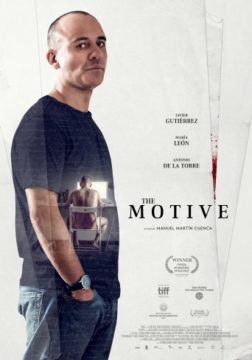 Alvaro dreams of becoming a great writer, but he is incapable of producing anything other than tedious, pretentious drivel. He works as a clerk for a notary in Seville and his passion for writing is the only thing that brightens up his otherwise dull existence. His wife Amanda couldn't be more different. She's always been down-to-earth and never dreamed of becoming a writer, yet she's the one whose first novel ends up being a best-seller. Just one of life's little ironies...

The couple's separation is inevitable and acts as the push Alvaro needs to finally realise his dream of writing a great novel. But when he finally sits down to write, he can't do it... He not only lacks talent, but imagination as well. Guided by his writing teacher, Juan, Alvaro discovers that truly great fiction is drawn from reality and so embarks on a mission to create his own story. By manipulating his friends and neighbours, Alvaro gets his plot, but will his true story have a happy ending...?