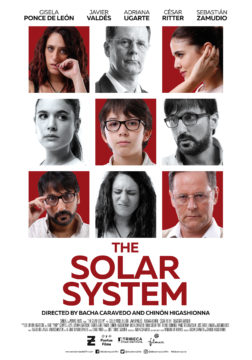 It’s Christmas Eve in Lima and the del Solar family are getting together for the first time in over two years.

Leonardo del Solar, a powerful politician who always paid more attention to his work than to his family, turns up on the doorstep of his old house to be reunited with his two children, Edurne and Pavel, and his grandson Puli, a very special nine-year-old boy. But Leonardo hasn’t come alone. Ines, his current girlfriend and Pavel’s ex is also there. As the night goes on, conflicts from the past start to raise their ugly heads and the family get-together quickly becomes the scene for accusations, revelations and perhaps even a reconciliation. There is, after all, a fine line between love and hate around any family dinner table.

A drama that’s brimming with black comedy, in which even the family’s pets, a dog and a tortoise, seem to have something to say.