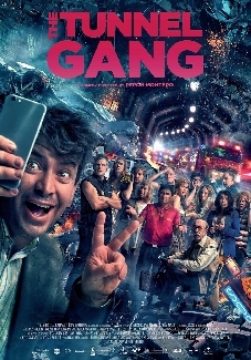 A group of survivors is finally pulled from the rubble of a collapsed tunnel, 15 days after their terrifying ordeal began. Sounds like a typical happy ending to a film, right? But what happened next, after the cameras
had gone? Were the group’s lives changed forever? How did those characters get over such a traumatic
experience?

By meeting for dinner every Friday night! All the usual suspects are present: the hero, the rebellious teen, a couple in the midst of a marital crisis and... the fool. Except this time the fool is going to be our protagonist, Toni.

While his fellow survivors celebrate just being alive, Toni starts to ponder his condition as the idiot of the group. Why is he always on the outside looking in? Will he ever change? Was his life even worth saving? Toni soon finds himself trapped in another tunnel, but this one won’t be so easy to get out of...