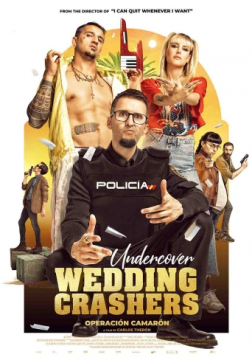 Geeky-looking Sebas is a surprisingly good classical musician. He’s also a complete unknown in the criminal underworld, and as a new newbie on the police force, that makes him the perfect man for a dangerous mission: to go undercover as a keyboard player for “Los Lolos”, a cheesy flamenco-trap band, who have been hired to play at the wedding of a local mafia boss’ daughter that a major drug trafficker will be attending.

Sebas is keen to take on the mission, blissfully unaware that he will turn out to be even cheesier than Lolo, the band’s lead singer, and fall in love with his sister, Luci. Now Sebas will face a tough choice: remain loyal to his new friends or complete his police mission.