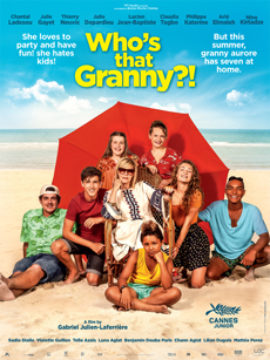 After two years of living together as a happy family in their own apartment, the patchwork bunch of seven half-sisters and half-brothers are forced to split up and move out. They reluctantly go their separate ways for summer vacation. But when little Gulliver gets sent alone to his eccentric Grandma Aurore, known for her penchant to party and zero parenting skills, the kids take matters into their own hands: they all show up at her house for the summer!
Life with Granny Aurore is anything but ordinary. She doesn’t cook, she goes out clubbing every night and never gets up before 2:00 pm. Looks like they’ve got to teach Aurore how to be a real grandmother. It’s a tough mission to take on, because Granny Aurore is a real tornado of energy and extravagance. But honestly, a grandma who can also be your best friend, doesn’t that sound like a dream?